This clipping is from the June 9 issue of The Australian Digital Edition. To subscribe, visit https://www.theaustralian.com.au/.

Doctors have welcomed changes to Medicare Benefits Schedule item numbers despite a campaign against the changes by Labor, but some surgeons say further tweaks to the system will be required in coming months.

The support of key medics comes as the federal government brokered a deal with the Australian Medical Association for postimplementation monitoring of the MBS changes. The government is also promising to expand its out-of-pocket costs website and provide more information for patients on private health insurance rebates coinciding with the Medicare overhaul.

In return the AMA has accepted the Medicare changes commencing on July 1 as clinically appropriate, including new items for plastic and reconstructive surgery.

Under the changes, there are sweeping reforms to MBS item numbers for general surgery procedures , orthopaedic surgery and cardiac surgery. The changes follow the final report of the Medicare Benefits Schedule Review Taskforce in December last year.

The changes to interventional cardiac services consolidate what used to be a large number of different MBS item numbers into one item number for each patient procedure that depends on whether the doctor is treating disease in one, two or three vascular territories of the heart, for example.

Doctors will also need to provide the reasons they are undertaking a particular procedure on a patient.

Michael Feneley, a spokesman for the Cardiac Society of Australia and New Zealand, said the new item number procedures – known as appropriate use criteria would also guarantee that taxpayer money was being spent appropriately on cardiac services.

“What it means is, instead of just describing what you do and getting paid for it, the reasons that you do it are actually part of the structure of the item number,” he said.

“It means we’re being very clear when it’s appropriate to do something and when it’s not.”

The Australian Orthopaedic Association also says it is broadly supportive of the Medicare changes.

AOA president Michael Gillespie said: “We’re broadly supportive of the MBS changes because there were a lot of obsolete numbers that did need to be reviewed and there is a lot of new technology that wasn’t captured by some of the old descripts.

“But we are concerned that some of the new numberings do not reflect the techniques that are of a proven benefit that are omitted altogether.”

Congratulations to our members who were recently named as winners of the Heart Foundation’s Strategic Grants program for their research:

Thank you to the Heart Foundation for providing these stories*

Currently, doctors use risk calculators to decide who is likely to have a heart attack or a stroke. However, these calculators often get it wrong in women – particularly women with female-specific heart disease risk, such as high blood pressure in pregnancy or early menopause and, Aboriginal and Torres Strait Islander women. This study will determine if a simple CT-scan, that measures calcium in the heart arteries, can help decide which women benefit from early preventative medications and lifestyle changes. If successful, our study could help prevent a large number of heart attacks and strokes in Australian women.

Project title: Is genetics useful for predicting outcomes in patients with atrial fibrillation?

Atrial fibrillation (AF) is the most common heart rhythm abnormality and often leads to heart failure or stroke. Our research will investigate how a person’s genetic makeup might predict the risk of developing AF and its complications. This will generate new knowledge about the causes of AF and how genetic information can be used to improve and personalise therapies for individual patients. Importantly, we will assess patient attitudes to t genetic testing and the value and acceptability of receiving positive (or negative) genetic test results.

Project title: Assisted self-management to prevent new life-threatening events for all in need after a heart attack.

This study will establish the value of moving to a personalised, focused approach of preventing new attacks compared to routine care after a heart attack. It allows survivors to identify the key aspects to reducing their risk, the approach taken, goals set and maintaining engagement with health professionals in the three months after leaving hospital. The benefits of a personalised approach lay in both the potential for improved management of risk factors for an individual together with greater uptake and completion of the intervention across the entire population at risk. For each additional person completing personalised care it will translate to the reduction of up to 1 death and/or heart attack/stroke per improved risk factor. The study will clarify the optimal method of providing care post heart attack, inform international clinical practice, guidelines, policy and improve the outcome of heart attack survivors everywhere. 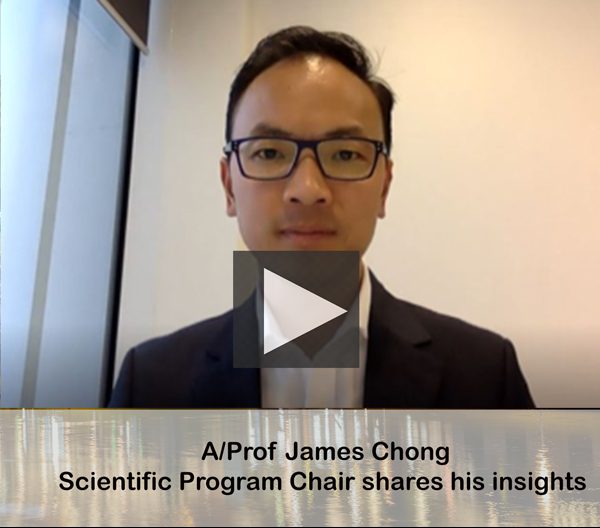 View the #CSANZ2021 Scientific Program Chair, A/Prof James Chong sharing his insights on the program for this year’s ASM.
Link to video: https://vimeo.com/545810207 Click here for to view all Speakers and the full program Join us at CSANZ 2021 In Person – see the Social Program

We are pleased to bring you a number of social functions at the 2021 Meeting, you can indicate your attendance for these functions during registration.

For the full program and meeting information visit – www.csanzasm.com and www.anzet.com.au.

We look forward to seeing you in Adelaide. 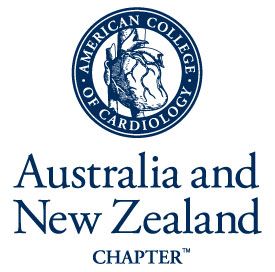 Learn about the Australia and New Zealand Chapter or the ACC

Did you know CSANZ is an official International Chapter of the American College of Cardiology (ACC)?

Some of the current ACC initiatives are:

In addition, CSANZ is able to pass on a number of ACC benefits to our members including:

Become an ACC Fellow or Member

As an international member of the American College of Cardiology, you can access resources designed to help you advance cardiovascular care, including: 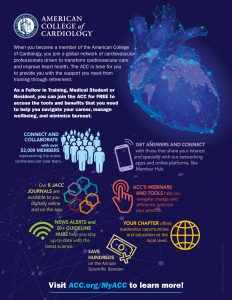 The ACC is pleased to offer complimentary membership to advanced trainees, BPTs, medical students and Cardiovascular Team students (nurses, pharmacists, PAs, and cardiovascular technologists). For further information and to take up this free offer go to: https://www.acc.org/Membership/Join-Us/Trainees-Students.

See the upcoming ACC Events below: 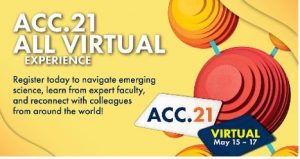 Covid and the Heart – A presentation by Prof Anthony Cunningham

COVID and the Heart – Tony Cunningham_Final

WELCOME TO THE CARDIOVASCULAR NURSING E-NEWS

This is the first newsletter in a long time, and a sign of more to come! – A dedicated Cardiovascular Nurse e-News.

As Chair of the Cardiovascular Nursing Council I am pleased to write this introduction to our first E-News and to share with you some very exciting achievements by our fellow nurses and to update you on plans for the upcoming CSANZ and ANZET Annual Scientific Meeting in August.

As we draw close to International Nurses Day on May 12 and reflect on how our professional and personal lives have been impacted and changed as a result of the COVID-19 pandemic I feel immensely proud of the incredibly important leadership, clinical care and education that nurses have provided throughout this challenging time. We reflect and acknowledge all of the nurses and other healthcare workers who have lost their lives this past year and our thoughts are with their families, friends and colleagues.

Thank-you to each and everyone one of you for the important role and contribution you have made to keeping our communities healthy, safe, strong, supported and cared for.

The first week of May 2021 has been marked by several important dates:

The first week in May is always an important time for cardiovascular health – Heart Week! Heart week was a timely reminder for all of us to re-engage with patients about their heart health. Please see the Heart Foundation for more information on health tools and topics: heartfoundation.org.au/programs/heart-week-2021

Last week also marked International Day of the Midwife. To all of our members who are midwives and to our midwife colleagues and friends, it is so heartening to hear that the theme this year is Follow the Data: Invest in Midwives. We all acknowledge the value of data informing our practice, healthcare policy and planning.

And to top of an incredible start to May 2021 – last week saw Professor Patricia Davidson, former Chair of the CSANZ Cardiovascular Nursing Council and a longstanding mentor, collaborator and friend to many CSANZ members, begin her new role as Vice-Chancellor of the University of Wollongong. There is such great excitement having Prof Davidson back on Australian soil after her outstanding role as Dean of the School of Nursing at Johns Hopkins University. Welcome home Trish!

Following the theme of Heart Week, May also marks International Hypertension Day (17 May) and World ‘No Tobacco’ Day (31 May).

Take care, stay safe and enjoy celebration of International Nurses Day on 12 May.

Link to read the e-News here